Kim Gordon, who goes by a number of other names, was facing allegations in Scotland when he went missing from a Californian beach.

A man who allegedly tried to fake his own death has been arrested in the US.

Kim Gordon, 55, also known as Ken Gordon-Avis or Kim Vincent Avis, is from the Edinburgh area and is wanted over 24 sexual offence allegations in Scotland, according to Monterey County Sheriff’s Office in California.

Gordon disappeared from California’s Carmel coast in February, leaving his 17-year-old son to report to police he had gone missing and was feared to have drowned.

The teenager said his father vanished after a night-time swim in treacherous waters at Monastery Beach, Carmel.

But after three days, searchers found no trace of him.

A conversation with Gordon’s ex-wife left police suspicious that there may be more to the story.

Sheriff’s Captain John Thornburg said at the time that their suspicions had been further aroused after finding out about the allegations in Scotland.

He said: “When that came up, we start to wonder if this is a hoax, and he’s trying to escape these charges out of Scotland.”

Detectives interviewed the boy again and decided he was not telling the truth. Authorities claimed he had not been certain about how he and his father travelled from Los Angeles airport to the beach.

Gordon was arrested in Colorado Springs, Colorado, last week and is being held by US Marshals.

Monterey County Sheriff’s Office said that after suspecting the drowning report was a hoax, they worked with US Marshals, Interpol and Scottish authorities to secure an arrest and extradition warrant.

An extradition hearing is scheduled for later this month.

Gordon’s son was returned to Scotland with the help of Monterey County Child Protective Services earlier this year and police said he would not face charges over the false report.

END_OF_DOCUMENT_TOKEN_TO_BE_REPLACED 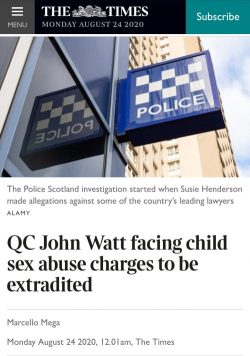 The ritual abuse of the Valva children 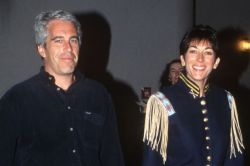 11th JULY 2020 When Jimmy Page bought an imposing mansion on the banks of Loch Ness in 1970, he was drawn to the property because it once belonged to infamous occultist Aleister Crowley 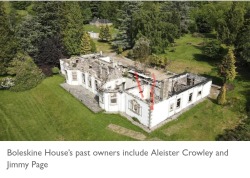